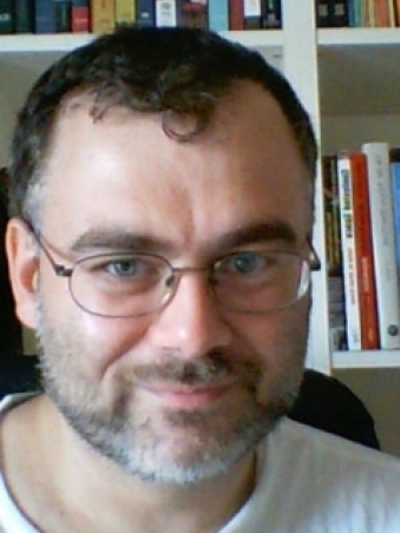 My latest book is Precarious Liberation: Workers, the State, and Contested Social Citizenship in Postapartheid South Africa (State University of New York Press and University of KwaZulu-Natal Press, 2011). The book is the winner of the 2012 CLR James Award of the Working Class Studies Association for best Published Book for Academic or General Audiences in working-class studies. I have also edited (with Tom Bramble) the book Rethinking the Labour Movement in the 'New South Africa' (London: Ashgate, 2003).

In 2014-15 I was a Larry Donnell Andrews Fellow at the W.E.B. Du Bois Research Institute, Hutchins Center for African & African American Research, Harvard University, where I am currently a non-resident fellow..

Among my awards are the 2010 Distinguished Undergraduate Research Mentor Award at the Ohio State University and the 2008 Distinguished Contribution to Scholarship (Article) Award from the American Sociological Association, Labor and Labor Movements Section. I am also a senior editor for International Labor and Working Class History (Cambridge University Press) and an International Visiting Research Associate at the University of the Witwatersrand, Johannesburg (South Africa).

My main current research project is provisionally titled "Liberalism, Antiblackness, and Labor across the Atlantic, 1880s-1920s". This project is a comparative historical and theoretical analysis of white liberal governance as it underpinned the formation and consolidation, in the late nineteenth and early twentieth century, of racialized state practices and paradigms of antiblackness in Black societies across the Atlantic world. My broad theoretical analysis will be informed by the historical study of cases from, among other contexts, the United States (Baltimore, Maryland), the Caribbean (Barbados), and South Africa (Witwatersrand). I will focus on how white governments used ideas of individual economic activity and work ethic to enable and justify, under pretenses of reform and modernization, the subjugation of black populations. My research will, finally, pay particular attention to transatlantic intellectual and political connections circulating ideas of racial subjection and Black opposition to oppressive labor regimes. The end result of this project is intended not only as a piece of theoretical meditation and historical research, but also as an element in a conceptual genealogy of the present that questions the significance of white liberalism, civil society, and their capacity to structure sociopolitical conflicts and ethical dilemmas that reproduce and legitimize antiblackness as an ontological and paradigmatic mode of subjugation.

I see this work as a continuation of the research culminating in my first monograph, Precarious Liberation: Workers, the State, and Contested Social Citizenship in Postapartheid South Africa (State University of New York Press, 2011). That book was a critique, premised on African refusal of work and subversion of capitalist employment, of wage labor as a structuring modality of conflicts -- under rubrics of class, race, gender, citizenship, or nation -- which pointed at deeper incompatibilities in contexts of racialized domination. Following the book's publication, I came to the conclusion that such incompatibilities require an approach to Blackness in ontological and paradigmatic terms, rather than as a cultural, historically transient, or sociologically "racial" concept. Consequently, after 2011 my work has been substantially informed by the core theoretical, ethical, and critical tenets of afropessimism as a questioning of key Human(ist) categories--especially in the context of post-Enlightenment modernity--and their paradigmatic grounding in structures and multifaceted modalities of gratuitous anti-Black violence.

AFAMAST 4570, "Theorizing Colonialism and the Postcolonial";

(with Sheneese Thompson), “Harriet Tubman and Andrew Jackson on the Twenty-Dollar Bill: A Monstrous Intimacy”, Open Cultural Studies No. 2, 2018: 417-29.

“The Problem with ‘We’: Affiliation, Political Economy, and the Counterhistory of Nonracialism”, in Ties That Bind: Race and the Politics of Friendship in South Africa, edited by Jon Soske and Shannon Walsh (Johannesburg: Witwatersrand University Press, 2016).

“Work in the Constitution of the Human: Twentieth-Century South African Entanglements of Welfare, Blackness, and Political Economy”, South Atlantic Quarterly 115 (1), 2016: 149-74.

“Precarity as Capture: A Conceptual Deconstruction of the Worker-Slave Analogy”, in On Marronage: Ethical Confrontations with Anti-Blackness: Africana Studies in the Twenty-First Century, edited by Khalil Saucier and Tryon Woods, 177-206 (Trenton, NJ: Africa World Press, 2015).

"Review of Apartheid Vertigo: The Rise in Discrimination Against Africans in South Africa, by David M. Matsinhe." Contemporary Sociology 42: 3 (2013): 405-07.

"Liberation of, Through, or From Work? Postcolonial Africa and the Problem With 'Job Creation' in the Global Crisis." Interface: A Journal For and About Social Movements 4: 2 (2012).

“Informality and Casualization as Challenges for South Africa’s Industrial Unionism: The Case of the East Rand/Ekurhuleni Region in the 1990s.” African Studies Quarterly 11/2&3 (2010): 67-85.

“That Melancholic Object of Desire. Work and Official Discourse before and after Polokwane.” The Johannesburg Salon, Vol. 1, edited by Lara Allen and Achille Mbembe: 50-54 (2009).

"Lean and Very Mean: Restructuring the University in South Africa." In Towards a Global Autonomous University, edited by the Edu-factory Collective, 66-71 (Brooklyn, NY: Autonomedia, 2009). 66-71.

"Wage Labor and Social Citizenship in the Making of Post-Apartheid South Africa." Journal of Asian and African Studies 42/1 (2007): 39-72.

“Labour and Social Citizenship in Colonial and Postcolonial Modernity: South African Perspectives in a Continental Context.” Review. Fernand Braudel Center for the Study of Economies, Historical Systems, and Civilizations 30/1 (2007): 19-43.

“Classes, Multitudes and the Politics of Community Movements in Post-Apartheid South Africa.” In Challenging Hegemony. Social Movements and the Quest for a New Humanism in South Africa, edited by Nigel Gibson, 161-194 (Trenton, NJ: Africa World Press, 2006).

“Class, Social Movements and the Transformation of the South African Left in the Crisis of ‘National Liberation’.” Historical Materialism 12/4 (2004): 327-353.

(with Bridget Kenny) “From Workshop to Wasteland: Deindustrialisation and Fragmentation of the Black Working Class on the East Rand (South Africa), 1990-99.” International Review of Social History 47/Supplement (2002): 35-63.

"Restructuring, Flexibility and the Politics of Workplace Subjectivity. A Worker Inquiry in the South African Car Industry.” Rethinking Marxism 10/4 (1998): 105-133.

"Trade Unions and Organizational Restructuring in the South African Automobile Industry. A Critique of the Co-Determination Thesis.” African Sociological Review 2/2 (1998): 47-76.

"Delivery from Below, Resistance from Above. Electricity and the Politics of Struggle over Social Needs in Tembisa.” Debate. Voices from the South African Left 2/1 (1998): 12-27.

"The Social Construction of Labour in the Struggle for Democracy: The Case of Post-Independence Nigeria.” Review of African Political Economy 69 (1996): 349-369.

2000: Conference Grant, Onati International Institute for the Sociology of Law (Spain), to organize the International Workshop on Rights and Citizenship in Constitutional Transitions: South Africa in Comparative Perspective, held in June 2001.

2000: Doctoral Research Grant, University of the Witwatersrand, Johannesburg - University Research Committee (URC), for "Social Citizenship and the Transformation of Work in the Making of the South African Democracy."