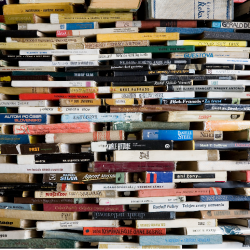 Please be sure to look over these links:
GIS Advising Sheet
The GIS Process (Please Read)
GIS Forms

Coordinating Committee
Ashley Pérez, Department of Comparative Studies, Chair
Rebecca Haidt, Department of Spanish and Portuguese
Gregory Jusdanis, Department of Classics
Danielle Marx-Scouras, Department of French and Italian
1. Requirements:  A total of 12 SEMESTER credit hours of graduate-level coursework.  These hours must be in at least four different courses.  At least 9 hours must be from outside the home graduate program but may include cross-listed courses (e.g., English/Germanic 7888).  Cross-listed courses taken within this 9-hour minimum must be enrolled in outside the home graduate program.  Syllabi for open topics courses and seminars will be reviewed by the CL-GIS Advisory Board in consultation with the instructor for inclusion in the student’s coursework distribution.  “Literature,” for this purpose, is defined broadly, but may exclude, for example, a class that is entirely devoted to linguistics or film. The 4 courses will be distributed as follows:
1. Required core course: Students need to complete the core course CS 7301, Theorizing Comparative Literature. The course will be rotated among CL specialists in participating programs and administered through Comparative Studies.  CS 7301 will be offered once a year.
2. Two courses in Literature in a Second Research Language: Students must enroll in two graduate-level courses in a literature other than that of their home department. Final papers may, in consultation with the professor, be written in any agreed-upon language, but students must demonstrate the ability to carry out the readings and participate in class discussions in the target language. Proficiency in the second research language may be determined by an appropriate faculty member from the target language department or by successful completion of coursework at a level determined by that department.  For lesser-taught languages, an appropriate faculty member will determine proficiency in consultation with the CL-GIS Advisory Board.
3. One approved comparative literature graduate seminar, to be determined in consultation with the student’s CL-GIS advisor, in consultation with the student and his or her departmental advisor. This course must be comparative and/or transnational in focus, or in the field of comparative literary or translation theories.
2. Prerequisite
While there is not a language prerequisite, it is assumed that students in the GIS have demonstrated proficiency in at least two languages. Students should consult with an advisor in the target department to ensure that their linguistic proficiency is sufficient to participate in a graduate-level course.
3. Advising
Students enrolled in the Graduate Interdisciplinary Specialization in Comparative Literature will be assigned to an advisor. The advisor will help students select courses from the various language, literature, and cultures, Theatre, and Comparative Studies graduate programs—and as appropriate from other departments—to form a coherent program that is tailored to their individual needs and interests. The Advisory Board for the GIS in CL will approve the list of selected courses.
4. Completion of Requirements:
An Advisory Board for the GIS in Comparative Literature will be established. In consultation with the student’s advisor, it will monitor the student’s progress and confirm completion of the approved program of study. The Graduate School will certify that the student has completed all the requirements pertaining to the interdisciplinary specialization. The graduate interdisciplinary specialization will be awarded only on completion of the MA or PhD.
The course requirements are generally flexible and allow students the freedom to conduct coursework in subfields tailored to their academic interests in comparative literary studies.  In consultation with their advisors, students will establish a list of courses that they choose from the list of required and elective courses; the list will then be approved by the CL-GIS Advisory Board.  Please see the appendix for a master list of required and elective courses.
Sample Curricula
Example 1:  A graduate student in English, whose research focuses on the novel and who has a working knowledge of French, could establish the following list of courses for the GIS:
1. Comparative Studies 7301 Theorizing Comparative Literature
2. French 8203  Modern and Contemporary Studies. [Topic: The Postmodern Novel]
3. French 8204  Francophone Studies. [Topic: The novel in Francophone Context]
4. Comparative Studies 8805 Seminar in Literature in Global Context
Example 2: A graduate student in Arabic, with a focus on postcolonial literature and with a command of Spanish, could establish the following list of courses for the GIS:
1.  Comparative Studies 7301 Theorizing Comparative Literature
2.  English 7864   Postcolonial/Transnational Literatures
3.  Spanish 7560  Studies in Independence and 19th-Century Latin American Literature
4.  AFAM 7756   Theorizing Race and Ethnicity
5. Admission to the Program:
The following criteria must be fulfilled for admission to the graduate program:
• Completion of a brief application form and permission of the departmental advisor and the Advisory Board of the Graduate Interdisciplinary Specialization in Comparative Literature (based on a letter of application stating the reasons and goals for undertaking the specialization);
• admission to, and enrollment in, a graduate degree program at The Ohio State University;
• good standing in the home department and the Graduate School, that is, maintenance of a cumulative GPA of at least 3.0;
• demonstration of proficiency in at least 2 languages, to be established in consultation with the CL-GIS advisor and the appropriate department (see 2 above);
• assignment of an advisor by the GIS- CL Advisory Board.