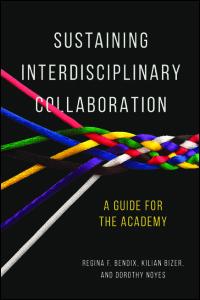 Dorothy Noyes will be publishing her book Sustaining Interdisciplinary Collaboration: A Guide for the Academy written with Regina F.  Bendix and Kilian Bizer (U of Illinois Press, 2017). The description from University of Illinois Press:

"At once a slogan and a vision for future scholarship, interdisciplinarity promises to break through barriers to address today's complex challenges.  Yet even high-stakes projects often falter, undone by poor communication, strong feelings, bureaucratic frameworks, and contradictory  incentives.

This new book shows newcomers and veteran researchers how to craft associations that will lead to rich mutual learning under inevitably tricky  conditions. Strikingly candid and always grounded, the authors draw a wealth of profound, practical lessons from an in-depth case study of a  multiyear funded project on cultural property. Examining the social dynamics of collaboration, they show readers how to anticipate sources of  conflict, nurture trust, and jump-start thinking across disciplines. Researchers and institutions alike will learn to plan for each phase of a project  life cycle, capturing insights and shepherding involvement along the way." 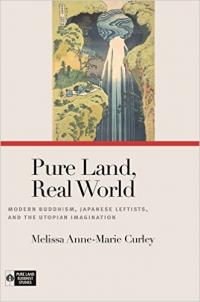 "For close to a thousand years Amida’s Pure Land, a paradise of perfect ease and equality, was the most powerful image of shared  happiness circulating in the Japanese imagination. In the late nineteenth century, some Buddhist thinkers sought to reinterpret the  Pure Land in ways that would allow it speak to modern Japan. Their efforts succeeded in ways they could not have predicted. During  the war years, economist Kawakami Hajime, philosopher Miki Kiyoshi, and historian Ienaga Saburō—left-leaning thinkers with no  special training in doctrinal studies and no strong connection to any Buddhist institution—seized upon modernized images of Shinran  in exile and a transcendent Western Paradise to resist the demands of a state that was bearing down on its citizens with increasing  force. Pure Land, Real World treats the religious thought of these three major figures in English for the first time.

Kawakami turned to religion after being imprisoned for his involvement with the Japanese Communist Party, borrowing the Shinshū image of the two truths to assert that Buddhist law and Marxist social science should reinforce each other, like the two wings of a bird. Miki, a member of the Kyoto School who went from prison to the crown prince’s think tank and back again, identified Shinran’s religion as belonging to the proletariat: For him, following Shinran and working toward building a buddha land on earth were akin to realizing social revolution. And Ienaga’s understanding of the Pure Land—as the crystallization of a logic of negation that undermined every real power structure—fueled his battle against the state censorship system, just as he believed it had enabled Shinran to confront the world’s suffering head on.

Such readings of the Pure Land tradition are idiosyncratic—perhaps even heretical—but they hum with the same vibrancy that characterized medieval Pure Land belief. Innovative and refreshingly accessible, Pure Land, Real World shows that the Pure Land tradition informed twentieth-century Japanese thought in profound and surprising ways and suggests that it might do the same for twenty-first-century thinkers. The critical power of Pure Land utopianism has yet to be exhausted." 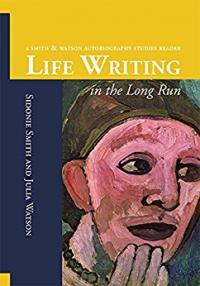 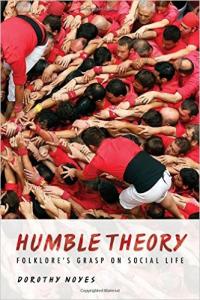 "Celebrated folklorist, Dorothy Noyes, offers an unforgettable glimpse of her craft and the many ways it matters. Folklore is the dirty     linen of modernity, carrying the traces of working bodies and the worlds they live in. It is necessary but embarrassing, not easily        blanched and made respectable for public view, although sometimes this display is deemed useful. The place of folklore studies    among modern academic disciplines has accordingly been marginal and precarious, yet folklore studies are foundational and    persistent. Long engaged with all that escapes the gaze of grand theory and grand narratives, folklorists have followed the lead of the  people whose practices they study. They attend to local economies of meaning; they examine the challenge of making room for    maneuver within circumstances one does not control. Incisive and wide ranging, the fifteen essays in this book chronicle the "humble  theory" of both folk and folklorist as interacting perspectives on social life in the modern Western world." 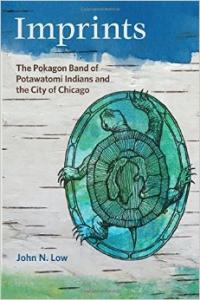 "The Pokagon Band of Potawatomi Indians has been a part of Chicago since its founding. In very public expressions of indigeneity, they have  refused to hide in plain sight or assimilate. Instead, throughout the city’s history, the Pokagon Potawatomi Indians have openly and aggressively  expressed their refusal to be marginalized or forgotten—and in doing so, they have contributed to the fabric and history of the city.

Imprints: The Pokagon Band of Potawatomi Indians and the City of Chicago examines the ways some Pokagon Potawatomi tribal members have  maintained a distinct Native identity, their rejection of assimilation into the mainstream, and their desire for inclusion in the larger contemporary  society without forfeiting their “Indianness.” Mindful that contact is never a one-way street, Low also examines the ways in which experiences in  Chicago have influenced the Pokagon Potawatomi. Imprints continues the recent scholarship on the urban Indian experience before as well as after World War II." 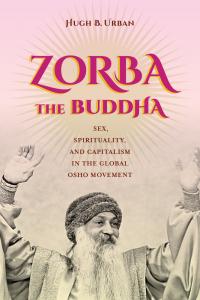 "Zorba the Buddha is the first comprehensive study of the life, teachings, and following of the controversial Indian guru known in his youth as  Bhagwan Shree Rajneesh and in his later years as Osho (1931–1990). Most Americans today remember him only as the “sex guru” and the “Rolls  Royce guru,” who built a hugely successful but scandal-ridden utopian community in central Oregon during the 1980s. Yet Osho was arguably the  first truly global guru of the twentieth century, creating a large transnational movement that traced a complex global circuit from post-  Independence India of the 1960s to Reagan’s America of the 1980s and back to a developing new India in the 1990s. The Osho movement  embodies some of the most important economic and spiritual currents of the past forty years, emerging and adapting within an increasingly  interconnected and conflicted late-capitalist world order. Based on extensive ethnographic and archival research, Hugh Urban has created a rich  and powerful narrative that is a must-read for anyone interested in religion and globalization." 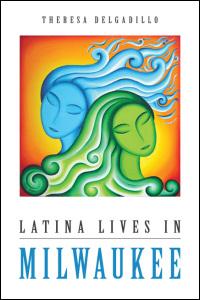 "Milwaukee's small but vibrant Mexican and Mexican American community of the 1920s grew over succeeding decades to incorporate Mexican,  Mexican American, Puerto Rican, Cuban, Central American, and Caribbean migration to the city. Drawing on years of interviews and collaboration  with interviewees, Theresa Delgadillo offers a set of narratives that explore the fascinating family, community, work, and career experiences of  Milwaukee's Latinas during this time of transformation.

A one-of-a-kind collection, Latina Lives in Milwaukee sheds light on the journeys undertaken then and now by Latinas in the region, and lays the foundation for the further study of the Latina experience in the Midwest." 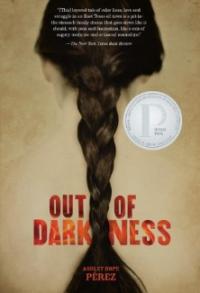 "'This is East Texas, and there's lines. Lines you cross, lines you don't cross. That clear?'

New London, Texas. 1937. Naomi Vargas and Wash Fuller know about the lines in East Texas as well as anyone. They know the signs that mark  them. They know the people who enforce them. But sometimes the attraction between two people is so powerful it breaks through even the most  entrenched color lines. And the consequences can be explosive.

Ashley Hope Pérez takes the facts of the 1937 New London school explosion—the worst school disaster in American history—as a  backdrop for a riveting novel about segregation, love, family, and the forces that destroy people." 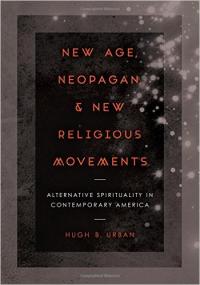 "New Age, Neopagan, and New Religious Movements is the most extensive study to date of modern American alternative spiritual  currents. Hugh B. Urban covers a range of emerging religions from the mid-nineteenth century to the present, including the Nation of  Islam, Mormonism, Scientology, ISKCON, Wicca, the Church of Satan, Peoples Temple, and the Branch Davidians. This essential text  engages students by addressing major theoretical and methodological issues in the study of new religions and is organized to guide  students in their learning. Each chapter focuses on one important issue involving a particular faith group, providing readers with  examples that illustrate larger issues in the study of religion and American culture.

Urban addresses such questions as, Why has there been such a tremendous proliferation of new spiritual forms in the past 150 years, even as our society has become increasingly rational, scientific, technological, and secular? Why has the United States become the heartland for the explosion of new religious movements? How do we deal with complex legal debates, such as the use of peyote by the Native American Church or the practice of plural marriage by some Mormon communities? And how do we navigate issues of religious freedom and privacy in an age of religious violence, terrorism, and government surveillance?" 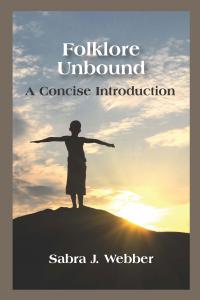 "Folklore is a powerful resource that not only manages the past, giving it continuity, but also usefully comments on present cultural  and social issues. This thoughtful, incisive work first charts important dimensions in the development of folklore studies from the  eighteenth century to the present. Next, it marshals the major theoretical issues of the modern discipline, including performance  theory, genre theory, the relationship with culture studies and the study of linguistic and musical art forms, the insights of comparative  studies, public folklore, and even the place of folklore in the media. Webber draws heavily on the influential work and maverick  charisma of Alan Dundes, world famous folklorist who expanded the definitions of both “folk” and “lore” for thousands of folklore  students and underscored why lore should be studied ethnographically and aesthetically. Webber’s aim is to evaluate the study of  folklore as a tool for understanding the lived experience of various “folk” and for questioning, rather than reinforcing, the status quo.  Her work, which draws from the rich methods and materials of many disciplines, shows originality, breadth, and a firm grasp of the history of folkloristics."

"Offers a brilliantly researched and intellectually nuanced account of the sounds of religion in the United States and the legal standing of religious noise over time. . .A fascinating and immensely valuable contribution to the scholarship of sensory studies, public religion, secularism, sonic technologies, and material practice. In sum: a pleasure to read and to ponder."
—Sally M. Promey, Yale University
For six months in 2004, controversy raged in Hamtramck, Michigan, as residents debated a proposed amendment that would exempt the adhan, or Islamic call to prayer, from the city's anti-noise ordinance. The call to prayer functioned as a flashpoint in disputes about the integration of Muslims into this historically Polish Catholic community. No one openly contested Muslims' right to worship in their mosques, but many neighbors framed their resistance around what they regarded as the inappropriate public pronouncement of Islamic presence, an announcement that audibly intruded upon their public space.
Throughout U.S. history, complaints about religion as noise have proven useful both for restraining religious dissent and for circumscribing religion's boundaries more generally. At the same time, religious individuals and groups rarely have kept quiet. They have insisted on their right to practice religion out loud, implicitly advancing alternative understandings of religion and its place in the modern world.
In Religion Out Loud, Isaac Weiner takes such sonic disputes seriously. Weaving the story of religious "noise" through multiple historical eras and diverse religious communities, he convincingly demonstrates that religious pluralism has never been solely a matter of competing values, truth claims, or moral doctrines, but of different styles of public practice, of fundamentally different ways of using body and space—and that these differences ultimately have expressed very different conceptions of religion itself. Weiner's innovative work encourages scholars to pay much greater attention to the publicly contested sensory cultures of American religious life.

Julia Watson published  “Strategic Autoethnography and American Ethnicity Debates: The Metrics of Authenticity in When I Was Puerto Rican.”  in Life Writing, Special Issue on Women’s Life Writing and Diaspora, 10:2, 129-50. 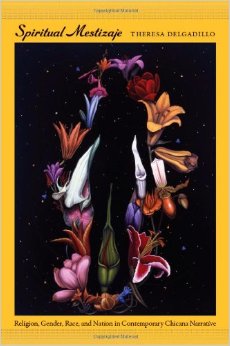